The Digital Divide – technology and our health 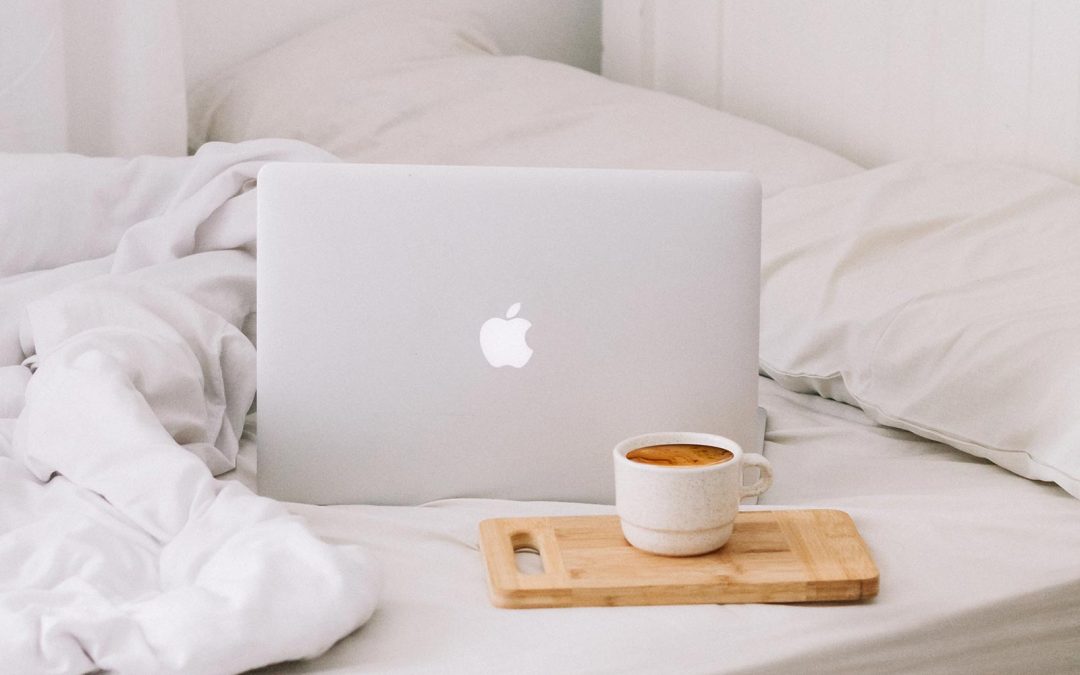 It’s been well-documented, the crippling effects of modern technology on mental health. It’s rendered multiple generations susceptible to the ever-prevalent ‘comparison syndrome’, and subsequently cultivated a society that craves the more desirable – albeit, highly curated – world of those we follow online.

But while stuck daydreaming of the perceived opulence we forever pursue, how many of us actually take a moment to sit and consider the physical implications that come with our obsessive use and interminable exposure to the ever-advancing world of technology?

With a staggering 97 per cent of Australian households having access to the internet, and an average of seven devices per household – a 2017 stat released by the Australia Bureau of Statistics – the demand for technological innovation shows little to no signs of slowing down.

Given that millennials are a generation that not only thrive off, but demand information, many believe that our screen addictions have seen a blind eye turned to the potentially lethal health hazards of everyday devices – and the masses seem to agree.

No longer are we merely talking mobile phones, but also the lesser-used devices and appliances that litter our homes and lives: airport scanners, microwaves, speed radars, laptops, televisions – even your uber high-tech Google Home.

So while an undeniable tech dependence grows in lieu of the traditional methods our ancestors before us once relied upon, the question presents itself: is our global population willingly implicating our health and wellness in the name of technological advances? Or, are we all just simply ill-informed?

SO WHAT ARE THE CONCERNS?

In a day and age where consumer desires, without doubt, drive tech innovation, the recent unveiling of Australia’s 5G cellular network has been a decision embraced and celebrated by many. It’s not surprising given the 9.4 hours per day Australians spend using technology. However, that’s not to say it’s come without its fair share of backlash, too.

With the hotly-anticipated rollout now underway, the network promises lightning speed connectivity – about 60 times faster than the existing 4G – and centres around improving the everyday consumer experience through high-efficiency data transfer. In short, less lag and faster performance.

Much like its predecessors – 2G, 3G and 4G – 5G is set to revolutionise the way the world enjoys wireless connectivity. Unbeknownst to some though, it’s also been identified as a potential culprit contributing to some serious health woes, due to the radiofrequency radiation (RFR) continuously emitted by household devices and appliances.

Otherwise known as low-frequency electric fields, these electromagnetic radiations can influence and penetrate the human body just as they would any other material made up of particles, impacting the distribution of electric charges at their surface, and ultimately heating the body to a state where currents flow through it and to the ground.

Nowadays, with the evolution of wireless devices and public Wi-Fi, low-level radiation exposure is mostly unavoidable, understandably leaving many communities both anxious and concerned about its potential ramifications.

In fact, Australia’s Blue Mountains region held a packed council chambers meeting this year to dispute the installation of 5G. Meanwhile, in Mill Valley, a small town a few miles north of San Francisco, residents voted unanimously to block deployments of cell towers in the city’s residential areas. Over in Totnes, in the United Kingdom, campaigners persuaded local officials to block the entire installation.

Essentially, an unwavering global digital divide has been birthed; those who oppose the risks associated with radiation-dependent technology and the health risks associated, and those who eagerly anticipate its inevitable evolution.

HOW DANGEROUS IS RADIATION?

There have long been whispers of the health hazards thought to be associated with long-term exposure, however, it’s important to note that although it may sound hideously harmful, not all radiation is classified as equally severe.

Typically, it’s categorised into two types: ionising and non-ionising. Non-ionising is traditionally perceived to be harmless due to its lack of potency – think computers, microwaves, radios, remote controls – while ionising radiation found in UV’s, X-rays and Gamma rays can mutate cells or damage DNA through prolonged exposure. Ekk!

Ionising radiation is largely the reason behind the need for sunscreen, as its short-wavelength ultraviolet lights possess enough power to disrupt chemical bonds between electrons and atoms. Millimetre waves, on the other hand, are non-ionising as they have longer wavelengths and are less able to damage cells or DNA directly.

TIPS TO DECREASE YOUR DAILY EXPOSURE

With most Wi-Fi friendly devices, there’s usually an ethernet cable port to achieve internet connection should Wi-Fi not be available. Whether a router, printer, tablet or laptop, experts suggest using one of these when possible in lieu of the more favoured wireless approach.

Though we live in a world that depends on and adores the concept of wireless devices, another simple way to reduce radiation is by omitting Wi-Fi dependent devices in favour of those powered by cables, such as your keyboard, headset and mouse.

KEEP RADIATION SOURCES AT A DISTANCE

Even when not in use devices can still emit waves of radiation. It’s recommended that you keep them at a safe distance; move your router to a lesser used room at home, keep your mobile in a place that isn’t your pocket, and ensure you stand at least 60cm’s from an operating microwave.

BE SMART WITH YOUR SMARTPHONE

Experts urge using airplane mode when devices aren’t in use to limit exposure. Also, avoid speaking with your phone pressed against your face. Instead, opt for hands-free options and limit device use in low signal areas to prevent excess radiation.

As we spend an extensive amount of time asleep, it’s important to create a positive sleep environment. To do this, charge your phone in a different room or on airplane mode. Switching off your Wi-Fi router overnight can also mitigate radiation and save on energy bills.

Not only does overexposure to blue light inhibit a person’s ability to concentrate, unwind and rest, it also exposes you to excess radiation. To combat this, set up a time limit on each device to allow for a specific number of hours in which you can spend on it

Kaitlyn’s an avid traveller & foodie, who when not off spontaneously discovering new parts of the world, is often busy with her nose buried in books & eyes glued to documentaries. Having a passion for writing since she was a teen, Kaitlyn dabbled in other industries, but truly found her voice, confidence & creativity when she was living in NYC & LA. She’s a health & wellness lover who credits her sanity & day-to-day functioning to her daily exercise routine. She’s a believer in a balanced life so, when she’s not sweating it out, she can usually be found cooped up in her favourite cafe with her best girlfriends, turmeric latte in hand & a smile from ear to ear.

« Discover Lon Retreat and Spa on the Bellarine Peninsula