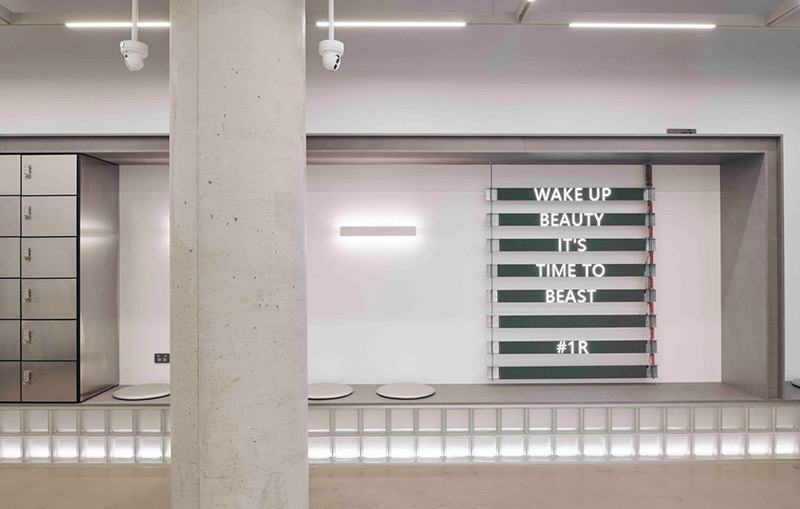 A world first reformer studio and a new world of fitness spanning over 800sqm of polished concrete on prime South Yarra real estate; in the six-star, brushed gold building that is Capitol Grand has arrived in the form of 1R’s biggest gym yet. The brand’s eighth exclusive club is set to shake up the fitness landscape and inject some much needed energy into the iconic Chapel street strip.

An immersive, luxurious experience greets you upon entry to the “King of Gyms” as you pass through the ‘world above’ (street level); conceptualised and crafted by leading local architects Foolscap Studios; you’re met with members of the IR team who will check you in and ensure you have all the gear and idea to excel in the next 45 minutes of your life.

As you transition to the world below via the chic concrete stairs your senses are greeted by an invigorating dark hall, alight with neon signs leading to three chic chambers of light shows and and sensational sounds; housing the three concepts Reshape, Rumble and Reformer.

Music is a priority and every beat has been considered and playlists tailored to the session by psychologists and DJs to motivate and allow you achieve CEO Amanda Maclean’s goal to, “push our customers to work harder than they thought they were capable of ever doing.”

Reshape is 45 minutes of full body exertion that will enable you to break through your mental barrier allowing for your physical capabilities to be exceeded and have you leave feeling exhilarated and invigorated.

Rumble is a gloves on workout that will have you floating like a butterfly and stinging like a bee; in a chamber of fancy footwork, explosive speed and powerful punches.

Don’t be fooled, this Reformer class isn’t a time to lay day and is a HIIT workout that combines strong controlled movements with bursts of cardio, in a dark room with fancy LED lights that illuminate you and other important things like your springs. 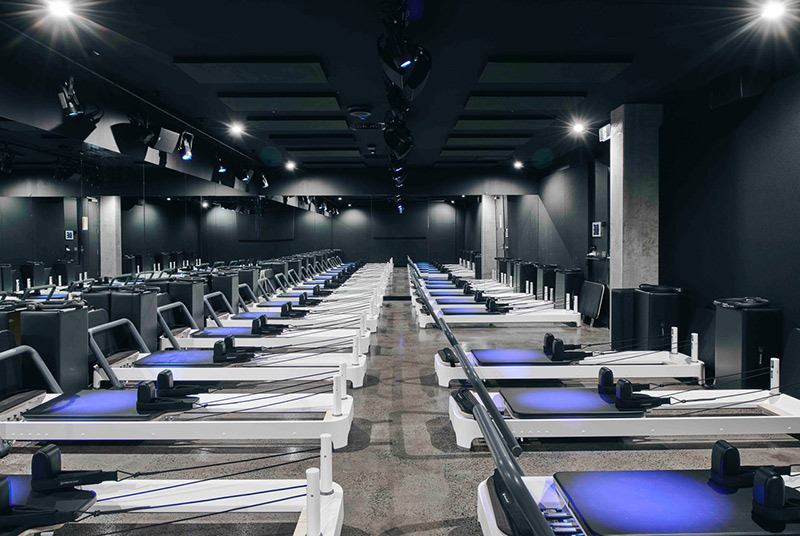 As you enter the industrial luxe styled ‘Repair Rooms’ (change rooms), prepare to pamper yourself with the newest Dyson and GHD styling tools and Melbourne’s unofficial favourite biological skincare brand the Grown Alchemist.

There’s even a dedicated phone that serves not just as a photo opportunity, but also to arrange a drink of choice ready to refuel the refreshed version of yourself with smoothies and Allpress espresso by day and prosecco and beer by night, because life is all about balance right? 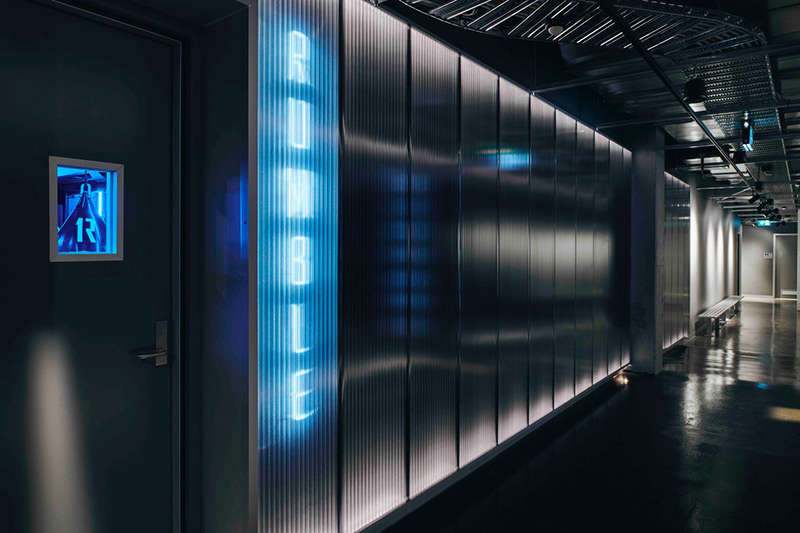 IR founder James Balfour set out to shake up the fitness industry in terms of lock-in contracts and to a large extent his model contradicts most of what his father Mike Balfour; the founder of Fitness First achieved with his fitness empire.
An affordable ‘pay as you train’ model, without lock-in contracts and ability to cancel anytime; even half way through a session at the click of a button through the specialty designed app, means 1R has to communicate value to clients with every single visit. By delivering a sensational workout each and every time that will have you choosing to come back, the only commitment is the one you’ll make to yourself in giving every session your best effort. 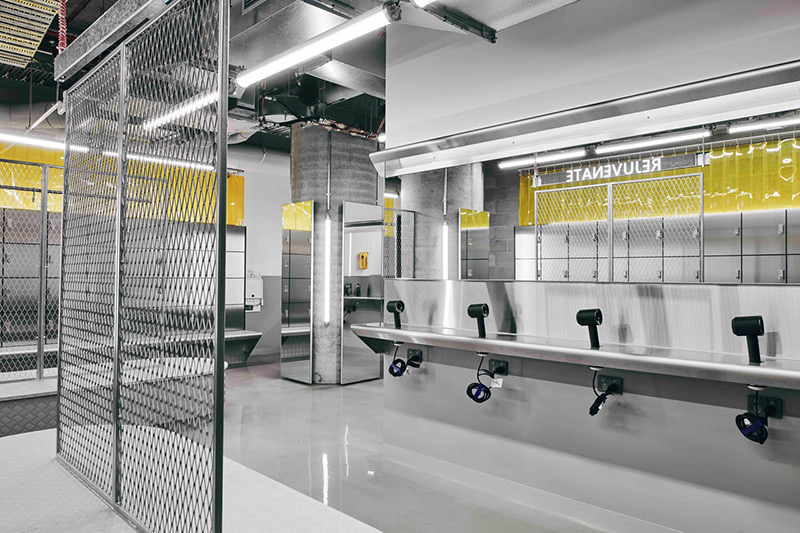 “Our classes are intentionally tough, but not in the way that you would think. What differentiates us is our ability to tap into the mindset of our customers. Everything you see, feel and hear in your workout has been timed and curated to create energy, a feeling of being invincible, to push our customers to work harder than they thought they were capable of ever doing,” said Amanda Maclean, 1R CEO.

On Fridays as you exit through the minimalist, understated, monochromatic lobby you’ll be tempted by a complimentary glass of prosecco; a tradition that is already so very Melbourne and reminiscent of Melbourne’s picnic in the park summer days at the tan.

Local activewear brands will be showcased in the retail space that alongside IR’s own merchandise and is perfect for emerging and established local designers to showcase their newest ranges.

To check out IR’S schedule and membership options – click here.

How to rev up your sex drive »