Power to the Brain; how to eat for optimum cerebral performance. 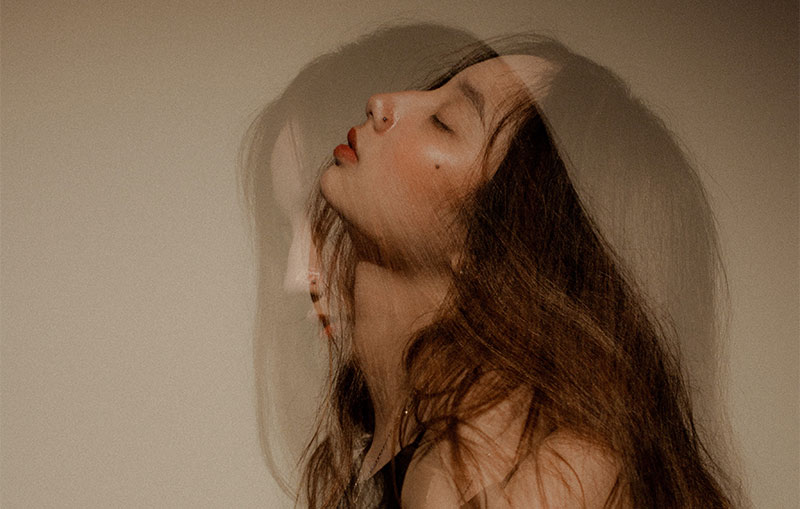 When we think about diet, too often we focus on foods that will keep us in peak physical condition. But what we eat is important to keep our brains and, by extension, our minds and bodies in tip-top condition, too. Though it might seem like a small organ (the brain accounts for just two per cent of the body’s total weight) it chews through approximately 20 per cent of the body’s daily energy needs, which means ensuring we give our brains not only the right fuel, but enough of it, is nothing short of essential.

If you’re not already on the healthy fat bandwagon, get on it. (Good) fats are vital to a healthy diet. They are responsible for storing vitamins (A, D, E and K), regulating your body temperature, protecting your organs and even assisting in the production and function of hormone-like substances that impact everything from blood pressure and clotting to immune responses. Basically, you’d be hard-pressed to find a physiological function that doesn’t, in some way, rely on healthy fats.

Other than being a pretty important muscle, what is the brain, exactly? Well, to put it simply, it’s pretty much one big walnut. As well as looking creepily alike, your noggin also has a similar profile, with both made up of about 60 per cent fat. The brain also stores about 25 per cent of the body’s cholesterol – the primary function of which is to help neurons form connections with other neurons.

So, if 60 per cent of your brain’s matter is made up of fats that are responsible for creating 100 per cent of the cell membranes in your body, the idea that diet and nutrition play a big role in the formation of healthy brain tissue is a no-brainer (pardon the pun).

Now, to be clear, when we talk about healthy fats – or lipids – we’re talking about essential fatty acids (EFAs), such as those found in salmon and avocado, which cannot be manufactured by the body. That means the only way to get enough of them is through diet. If your diet is loaded with not-so-good-fats, your brain is only going to be able to make not-so-great cells. The converse is also true. If your diet is packed with lovely lipids, you’re setting yourself up for ultimate brain power.

Thankfully, one of the most effective – and delicious – ways of improving brain function is by increasing your intake of fatty acids – or omegas. There are three in particular – DHA (Docosahexaenoic Acid), GLA (Gamma-Linolenic Acid) and EPA (Eicosapentaenoic Acid).

Thankfully, one of the most effective – and delicious – ways of improving brain function is by increasing your intake of fatty acids – or omegas.

DHA is the principal omega-3 fatty acid in the brain’s grey matter and makes up about 15 per cent of all fatty acids in the frontal cortex; the part of the brain that is responsible for executive functions such as planning, judgment, decision-making and attention. It is present in every cell in the body in the membranes of our mitochondria, the energy-producing powerhouses responsible for making an important chemical called adenosine triphosphate (ATP), which is generally associated with physical activity.

ATP, however, is also one of the brain’s primary energy sources, and the mitochondria use EFAs, such as DHA, to produce it. It is primarily found in fatty fish, seafood, fish oil and algae. DHA is also used as a supplement for premature babies.

The fact this fatty acid shares an acronym with the Environment Protection Authority is quite fitting, considering when it comes to the brain, that is pretty much what this fatty acid does; protects your brain’s environment. EPA helps to reduce inflammation and has also been found to be effective in helping to alleviate the symptoms of certain mental health conditions, such as depression. It is primarily found in fatty fish, seafood and fish oil.

GLA is a fatty acid found primarily in vegetable oils. With an impressive set of disease-fighting powers, GLA is said to combat chronic inflammation, eczema, dermatitis, rheumatoid arthritis, atherosclerosis, diabetes, obesity—even cancer! It is an essential omega-6 for maintaining brain function, skeletal health, reproductive health, and metabolism. It’s also essential for stimulating skin and hair growth. Although a member of the omega-6 family, it’s metabolised differently than other omega-6s and plays an important role in modulating inflammation throughout the body, especially when incorporated into the membranes of immune system cells.

HOW MUCH DO WE NEED?

While there is no specific recommended daily intake for omega fatty acids, The Heart Foundation recommends including two to three serves of fish (including oily fish) per week as part of a healthy diet. This provides around 250–500 milligrams (mg) of marine-sourced omega-3s (EPA, DHA) per day.

AVOCADO: These green brain-boosting machines are packed with monounsaturated fats, which contribute to healthy blood flow and, therefore, brain function. The omegas in avocados have also been shown to increase the levels of several different feel-good chemicals in the brain (which must be why that Saturday morning smashed avo tastes so darn delicious), helping to regulate mood and stabilise emotions.

COCONUT OIL:  With mega babes the likes of Emma Stone, Miranda Kerr, Gwyneth Paltrow, Angelina Jolie and even Kourtney Kardashian spruiking its benefits, it’s no wonder coconut oil has slicked its way into the wellness stratosphere. Coconut oil’s unique saturated fat structure – it’s 65 per cent medium-chain triglycerides – makes it easy to absorb and convert into energy (or ketones). Regular consumption has been shown to prevent brain fog, memory loss, dementia, and even Alzheimer’s disease. And the best bit? Adding a spoon of Melrose Health coconut or MCT oil to your morning smoothie makes it super easy to include in your daily routine.

WILD SALMON: If you hadn’t gathered yet, omega-3s are kind of a big deal when it comes to brain health. There’s a reason they call them essential – these fatty acids, in particular, have been shown to reduce cognitive decline, emotional imbalances, and mood issues. And wild salmon is packed with them.

NUTS: Feeling peckish? You won’t mind reaching for the trail mix knowing the mixed nuts and seeds you’ve got in your desk drawer might be the ideal antidote for that 3pm slump. Walnuts are at the top of the fatty acid chain, boasting plenty of brain-boosting DHA. Brazil nuts are loaded with selenium, which has been shown to improve cognitive function, while almonds and hazelnuts are rich in Vitamin E, making them the ideal brain fuel when that pesky 3:30itis hits.

COFFEE: Not only is your AM cuppa your morning saviour, the mix of caffeine and antioxidants is linked to a reduced risk of neurological diseases.

CACAO: Health hunters have been touting the benefits of cacao for years – and for good reason. This seriously impressive superfood has been shown to improve memory, reaction times, attention, visual processing and overall cognitive function. The reason? It’s a nutrient powerhouse, chock full of omega-6 fatty acids, manganese, zinc, chromium, iron and even copper. It’s also rich in flavanols (a type of antioxidant) that increase levels of brain-derived neurotrophic factor – a protein that literally stimulates your brain’s growth – and magnesium, which improves brain plasticity – which is basically the brain’s way of re-wiring itself.

BLUEBERRIES: There’s a reason these antioxidant-packed morsels of smoothie deliciousness have been dubbed ‘brainberries’. Studies have shown that the impressive phytonutrient and antioxidant power of blueberries can help to protect the brain from oxidative stress – which is just a fancy term for free-radical damage. They are also a surprising source of omega-3s, which have myriad brain health benefits. 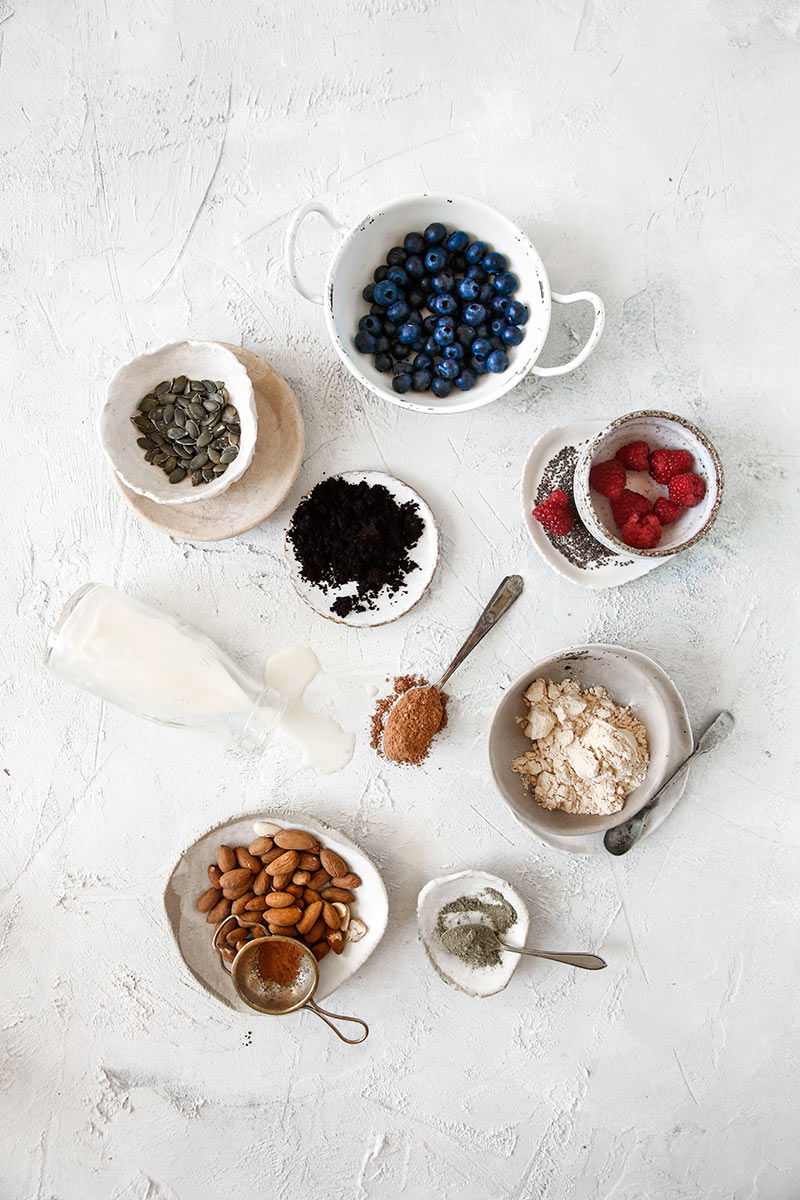 Tianna is an experienced magazine editor, journalist and content creator with more than eight years’ experience writing and editing for top-selling print, digital and gloss media. She has interviewed everyone from His Holiness the Dalai Lama and Gabrielle Bernstein to positive psychologists, neurobiologists, nutritionists and geneticists. She is a creative storyteller with a love for beautifully crafted words and thought-provoking stories that celebrate, resonate, educate or inspire. Her aim is to help people better understand the latest health and wellness research, trends and fads so that they are better able to make informed choices for themselves and what is best for their bodies.