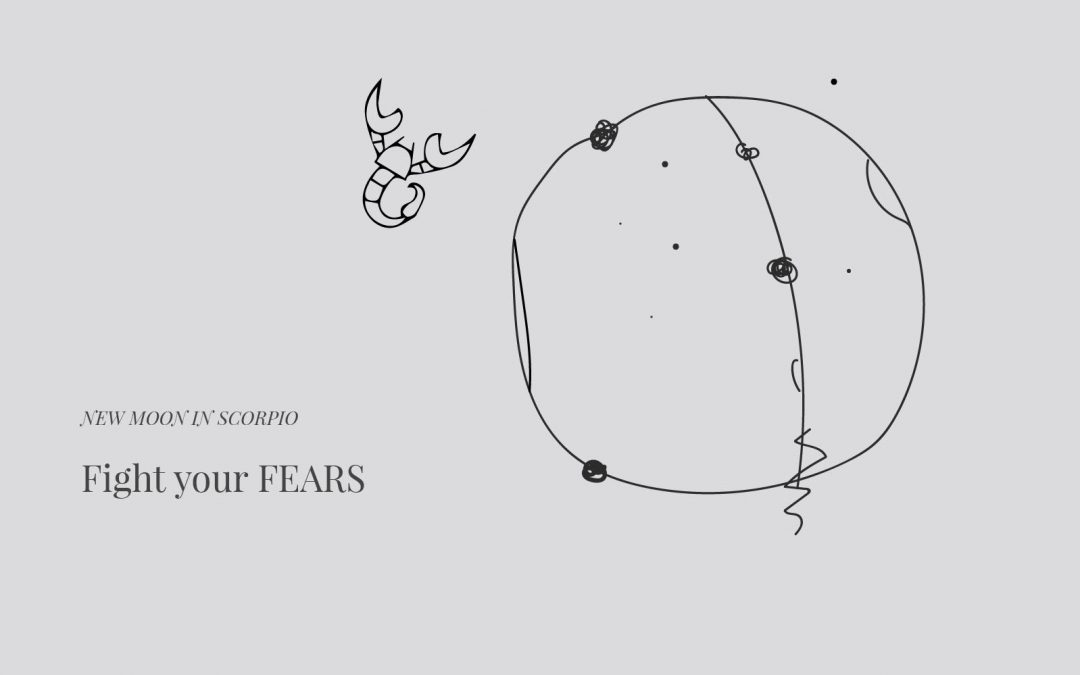 October’s new Moon in mysterious Scorpio calls for depth. There’s no glossing over a problem or skirting around an issue with this profound lunar placement. You’re being called into your secret underworld, even if it means facing your demons (or an ex).

There’s a golden opportunity to emerge renewed, like rising from the ashes. But first, you’re going to have to get down and dirty, which might mean facing an ugly truth or confronting something dark and painful. But wouldn’t you rather cleanse the puss from a wound than allow it fester?

At the time of the new Moon, Uranus steps into the picture, offering the promise of a personal revolution. Here’s your chance to alter your narrative. The stars you’re reaching for may not fall into your lap, but your efforts will improve your circumstances if you’re willing to step up and give it everything you’ve got.

You’ll have to face the music if you want the concerto to end in a sweet melody. But wouldn’t that be a lovely conclusion to your story?

Astrotash, Natasha Weber PMAAAC, MAFA Astrotash is the resident astrologer for myBody+Soul, Australia’s #1 health and wellness site. She writes horoscopes for Mamamia, in addition to speaking on radio and podcasts including Sivana and Healthy-ish. Astrotash was thrilled to speak at the Soul Star Festival in February 2019. Her articles and research have appeared in Thought Catalogue, Out of Office New York and Today’s Astrologer, in addition to international publications across the globe.