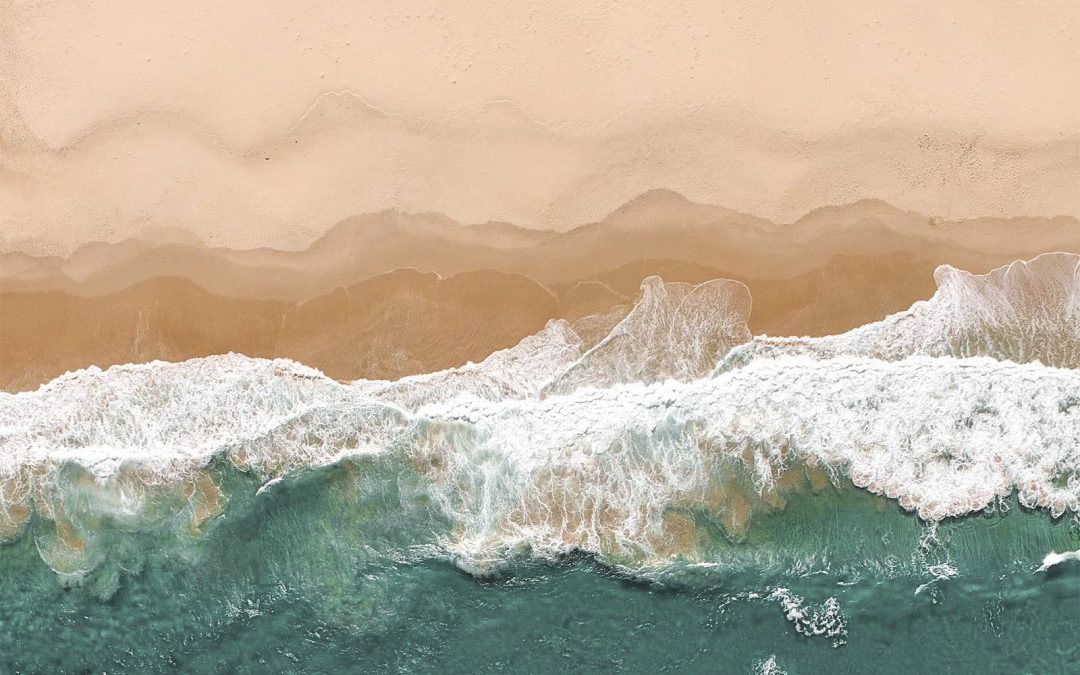 Aqua had it wrong when they sang ‘life in plastic, it’s fantastic’. There is now mounting research to suggest this harmful man-made material is set to be the next global health epidemic.

When we talk about plastic, we often picture pantries filled with containers and food products. We think of plastic as something tangible, as something we can choose to interact with or avoid; not as nanoparticles that have infiltrated every part of our lives. Newspaper articles tell us we can reduce our plastic footprint by not drinking plastic bottled water, using take-away containers or food wrap, or by recycling the bags our bread comes in and the polystyrene platters on which our meat and vegetables come neatly packaged. While these things help, they are just the tip of the iceberg when it comes to plastic pollution.

so what are plastics anyway?

In its purest form, plastic is basically just a shapeshifter. It is defined as a material that can change its shape. While it is derived from natural, organic materials such as cellulose, coal, natural gas, salt and, of course, crude oil, the finished product is anything but. Plastic is made from polymers, which are long chains of atoms bonded together. These building blocks are made of carbon and hydrogen and sometimes oxygen, nitrogen, sulphur, chlorine, fluorine, phosphorous or silicon. Plastics are generally lightweight and durable, and can be moulded, extruded, cast and blown into seemingly limitless shapes, films or foams, or even drawn into fibres for textiles.

Are they really that bad?

Humans started producing plastic en masse in the 1950s and, since then, we have made a whopping 8.3 billion metric tonnes of the stuff, most of which, according to a study published in the journal Science Advances, resides in landfill or, sadly, the natural environment. The study also highlighted that of the 8.3 billion tonnes manufactured, 6.3 billion have already become waste, and of that waste, only nine per cent was recycled. Nine per cent.

The same team of researchers also calculated that, in 2010 alone, an estimated eight million metric tonnes of plastic entered the oceans. This explains why hundreds of marine turtles die every year after becoming entangled in rubbish floating in the oceans and on beaches, like the eponymous plastic six-pack rings that have made images of trapped turtles go viral. It explains why 60 per cent of all seabirds have plastic in their gut. It is a factor that contributes to the desecration of the Great Barrier Reef and other coral reefs around the world. And if current trends continue, it means roughly 12 billion metric tonnes of plastic waste will be in landfills or the natural environment by 2050.

it is a factor that contributes to the desecration of the Great Barrier Reef and other coral reefs around the world. And if current trends continue, it means roughly 12 billion metric tonnes of plastic waste will be in landfills or the natural environment by 2050.

To put that into perspective, online magazine Thrillist recently calculated how much the entire island of Manhattan might weigh and, including people, buildings, buses, trains, pets, food, water and anything else you could account for, came to a conservative figure of just over 125 million tonnes. By that logic, we have already buried the equivalent of 50 Manhattans. If that’s not terrifying, we don’t know what is.

The impact on our lives?

The infiltration of artificial products into our homes, our lives and our environments, is ubiquitous, insidious and near impossible to avoid. From the moment we get up to the moment we go to bed, it surrounds us. It’s in the foam we use to wash our hair, the instrument we use to brush our teeth, the belt we use to strap ourselves into our cars, the keyboard at which we spend our days typing and the clothes in which we dress ourselves. Plastic is the product of choice for manufacturers globally. We are so dependent on its production that we barely notice its invasion of our everyday lives and, given the proliferation of the petrochemical by-product, is it any wonder?

While these perceptible plastics are harmful for nature and the wider environment, it’s the plastics we can’t see that pose the biggest threat to human, and animal, health.

The more we look, the more we find them in our food, our soil, our water sources and even the air we breathe.

Part of the problem with plastic is that it is not biodegradable. That means when it is exposed to sun or heat or water, it just keeps breaking down into smaller and smaller fragments until, eventually, these nanoparticles begin to permeate our bodies, too. In fact, when they are exposed to sunlight and start to breakdown, according to a recent American study, they even emit greenhouse gases methane and ethylene.

One of the biggest dangers of these plastic invaders entering the body is that once they’re in, they’re not leaving. Nanoparticles get stuck in the bloodstream, the lungs, breast milk and the gut. They mimic the body’s natural hormones and encourage carcinogenic reactions. And the biggest concern? There is little evidence available to determine at what levels they are safe – if at all – for adults, let alone infants. Our verdict? Avoid where possible. 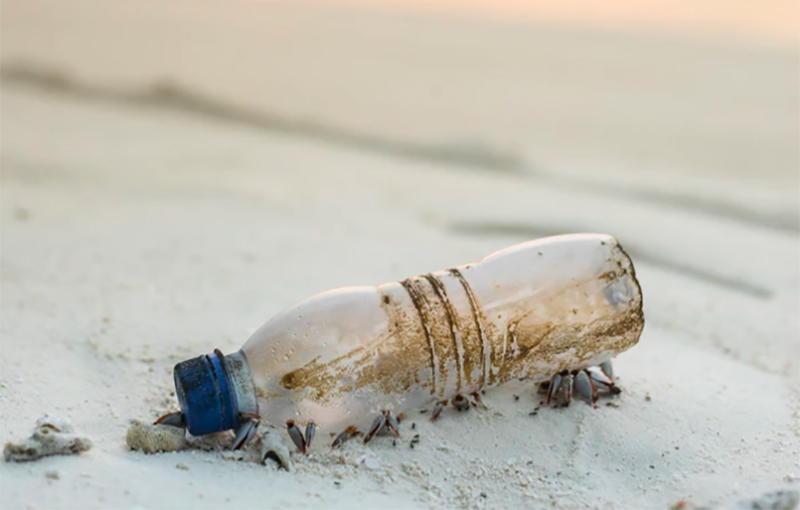 Polycarbonate and Bisphenol A (BPA): This is largely found in plastic bottles. Scientists have linked low-level BPA exposure with cancers, impaired immune function, obesity and diabetes. This is why you should never drink out of a plastic bottle that has been left in the sun.

Urea-formaldehyde: Found in particle board, plywood, building insulation products and fabric finishes. Formaldehyde is a suspected carcinogen and has been shown to cause birth defects and genetic changes. Inhaling formaldehyde can cause coughing, swelling of the throat, watery eyes, breathing problems, headaches, rashes and tiredness.

Polyurethane foam: Found in cushions, mattresses and pillows. This is an irritant that can cause bronchitis, coughing, skin and eye problems, and can release toluene diisocyanate, which can cause severe lung problems.

Tetrafluoro-ethylene (AKA Teflon): Found in non-stick coating on cookware, irons, ironing board covers, plumbing and tools. It can irritate the eyes, nose and throat and can cause breathing difficulties.

Poly-fluoroalkyl substances (PFAFs): These are an emerging group of contaminants that are found in everyday items such as cookware, pizza boxes and stain repellents. They have been linked with causing reproductive, developmental, liver and kidney issues, as well as thyroid disruption.

Tianna is an experienced magazine editor, journalist and content creator with more than eight years’ experience writing and editing for top-selling print, digital and gloss media. She has interviewed everyone from His Holiness the Dalai Lama and Gabrielle Bernstein to positive psychologists, neurobiologists, nutritionists and geneticists. She is a creative storyteller with a love for beautifully crafted words and thought-provoking stories that celebrate, resonate, educate or inspire. Her aim is to help people better understand the latest health and wellness research, trends and fads so that they are better able to make informed choices for themselves and what is best for their bodies.