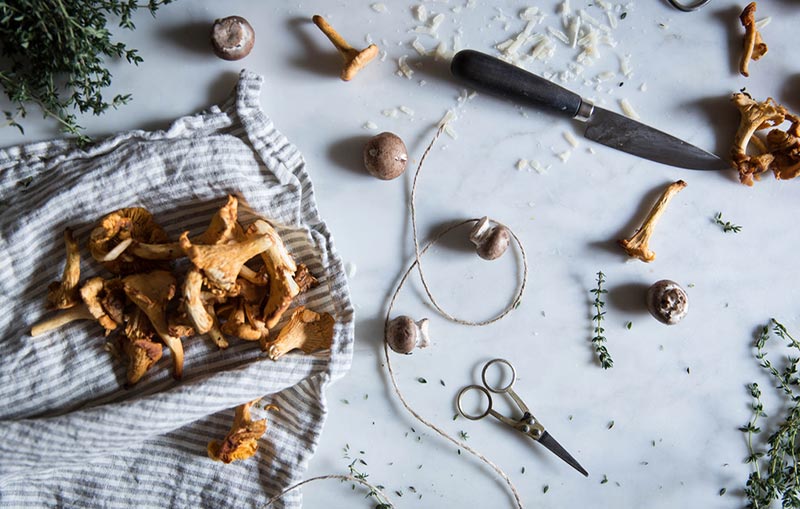 Although already a staple in culinary community and a regular on the brunching babes’ menu, mushrooms are having a moment as 2017’s newest superfood. And no, I’m not talking about the cheeky, trippy magic mushrooms you can find on the beach in Thailand. I’m talking about a special kind of fungi which many functional medicine experts are spruiking for their ability to fight cancer, boost the immune system, help people adapt to stress, regulate blood sugar and quash inflammation – just to name a few!

Reishi, aka “the mushroom of immortality” have strong anti-inflammatory properties that have been proven to improve longevity, strengthen the immune system and act as a hormone-balancer. This little magic mushroom has been used to aid in the treatment of diabetes, fatigue and infertility.

A staple in the traditional European medicine cabinet, Chaga have one of the highest oxygen radical absorbent capacity in the foodie kingdom, which means they can protect the body from disease-causing radicals. Put simply, these little guys are one the best sources of antioxidants going around – think berries on steroids!

Also known as Sheep’s head, bear’s head and “pom pom blanc”, these mushrooms are increasing in popularity due to their neuroprotective properties and ability to improve cognitive function brain-fog and memory loss.

Lion’s mane has also been proven to boost mood and improve symptoms of anxiety and depression.

Used in traditional Chinese medicine for centuries, Cordyceps are a special kind of fungus that are harvested in high altitudinous regions of China and the Himalayas and actually grow on the backs of caterpillars (ew).

Studies have shown that cordyceps have potent anti-ageing effects and work by increasing antioxidant activity and decreasing pro-inflammatory monoamine oxidase and lipid peroxidation that cause us to age.

Cordyceps also act as an apoptogenic herb that can help us cope with stress, increase athletic stamina and assist those struggling with fatigue.

As a functional food, the turkey tail wins all of the gold medals. Perhaps the most well-researched mushroom, turkey tail has been found to contain two potent polysaccharides that have been shown to significantly enhance our immune status, particularly in cancer patients.

Research has also found turkey tail to be a promising tool in the fight against obesity. These mushies are said to be a form of prebiotics that are able to modulate the gut microbiome, thus reducing obesity.

While most of these mushrooms cannot be found in your local supermarket just yet, its likely you’ll be seeing them pop up in the form of teas, powders, capsules, extracts and wholefoods in the not-so-distant future. However, like any superfood, these magic little fungi will work best when taken in conjunction with a healthy diet. And, if you’re considering taking them for medicinal purposes, be sure to consult your favourite healthcare provider before including them into your culinary routine.

A recent graduate of a Food and Nutrition Science Degree from Deakin University, Julia is a Nutritionist, passionate foodie and wellbeing champion. Having lived with many food allergies and adrenal fatigue for the last few years, she has learnt the importance of living a healthy, well balanced lifestyle and loves helping others discover the joy that comes from feeling well. Julia is a big believer that nourishing your body with good food helps you to be the best version of yourself and she is on a mission to help people understand that eating well doesn’t have to be complicated or cost you the earth and it can actually be pretty damn delicious!

« Are Protein Powders an Essential Supplement for Good Health?